Jean-Luc Godard's first film - a revolutionary, jazzy manifesto that can be seen as a tribute to the American B-Noirs of the 40's and 50's - is perhaps the greatest first film ever made, and - like "Citizen Kane" - is one of the most influential first features of all time. In other words, when one makes a first feature, it is a key goal to have their film in the same league as "A Bout De Souffle" - although that is nearly impossible. Godard breaks rules here - in fact he smashes them, pours gasoline over them, and then throws a lit match on them. He tests us - trying to see what works and what doesn't work. And believe it or not - 95% of what he tries works completely. From his odd music cues to the pioneering, yet infamous jump cuts (which has only been 'mastered' in film once, and that film was "A Bout De Souffle") which are seen throughout the entire duration of the film.* It's funny, sad, sexy, savage, and yes - a masterpiece. 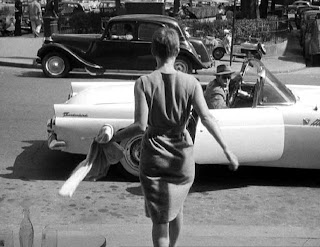 Jean-Paul Belmondo, exemplifying the 'cool', plays Michel Poiccard, a man on the run after killing a motorcycle cop. Jean Seberg plays opposite him as Patricia Franchini - a sexy American working in Paris as a newspaper seller. They get back together, having been one-time lovers. But the law soon closes in on Michel and leads to a deadly end. Yet the plot isn't important. In fact, Godard seems to discard the plot - only using it so he has an end to the film. The character interaction is much more important. Through the fractured storyline and editing, you feel for the characters, yet feel detachted from them as well. You find similarities between them and yourself. The books they've read, and the books you've read. The movies you've watched, and the movies they've watched. Yet you also feel alienated from them. You're not able to tell if Michel is good or bad - a hero or a villian. The film is pure Godard - inventive and full of dark humor (e.g. Michel smokes his 'cig' even once he's been shot). Not to mention the multiple mentions of American cinema, such as Michel's fascination with Humphrey Bogart. 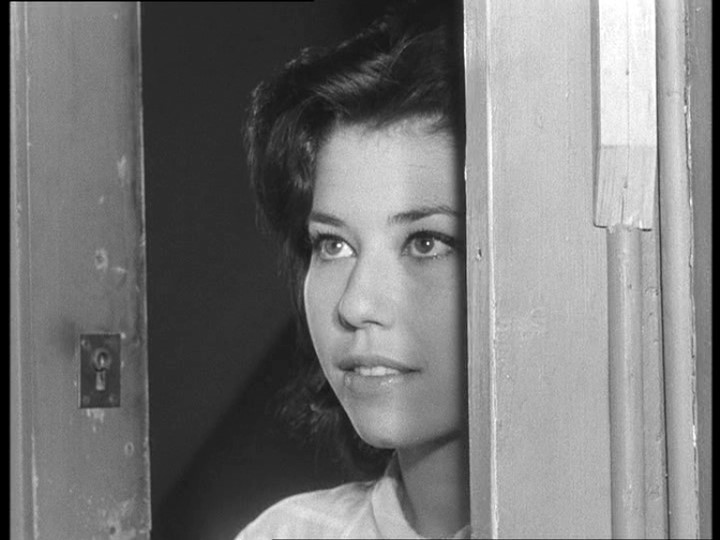 "A Bout De Souffle" stands the test of time. It was wonderful seeing it on the big screen in its original glory. If one wanted to see what modern cinema started with, I would show them this film. From the beginning in which we see Belmondo looking at a woman on a newspaper and smoking to the final eerie image of Seberg doing the Bogart lip motion - we are fully enthralled and amazed at the wonder that is Godard.

* Supposedly Godard decided to use this technique after realizing that "A Bout De Souffle" was running too long. He didn't want to edit whole scenes out, so he just cut certain parts of each scene to give it its very unique look.
Posted by Ian C. at 4:37 PM